Dates of the next project

Due to Covid-19 crisis, dates are subject to modifications. 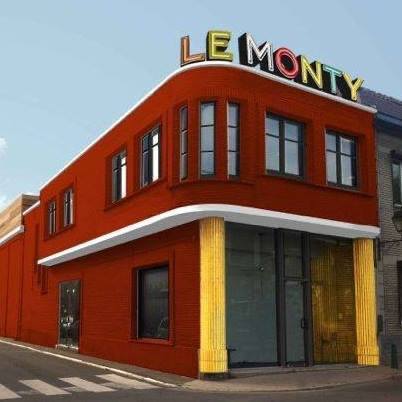 Le Monty asbl was created in 2017 in order to manage a new place, shared and unifying, open to everyone to enhance creativity, citizen’s initiatives, share competences and create synergies among citizens and the associative sector.

Therefore, it has different aims:

Additionally, the Monty is managing quite a big space which gathers a concert hall of 150 seats as well as convivial spaces (bar, and multipurpose space…). It can host various cultural, private, associative or citizen activities (meetings, workshops, shows, co working spaces…).

The space is dealt with in a participative way, where every citizen can propose something and commit itself: citizen bar, collaborative grocery shop and zero waste “Les P’tits Pots”(the shop is hosted inside The Monty), repair cafés, meetings for Genappe en Transition (transition town association), repair café…

In particular, the Monty is focusing on arts, and is hosting permanently the TOF theatre asbl, a puppet show company.

The TOF, born in 1987, is actually at the basis of the Monty project, and many activities, missions and projects are common to both organisations.

The Monty can also develop other activities and has many partnerships and collaborations. Some examples:

– Movie nights in collaboration with the cultural centre of Genappe;

– “La fête des possibles” and several trainings hosted at the Monty about naturopathy and other similar topics with Genappe en Transition;

– Hosting a citizen collective working on the creation of a new market in Genappe;

And, for the very first year, the Monty will also collaborate with NESPA (Nouvelle Ecole à Pédagogie Active – New School with active pedagogy – secondary school) in order to organise the final show of the school year. NESPA is a school using Freinet pedagogy, open since 2018.

Some of the Monty regular activities are revolving around the different initiatives being hosted at that time (work by project). But some activities are being held on a very regular basis (on a every day, week or month basis):

– The “ça m’dit bien du Monty”: every second Saturday of the month, the Monty is proposing a concert by artists singing in French. The purpose of these evenings is to provide an opportunity for gatherings and spontaneity while supporting the cultural creation and diffusion within Genappe community;

– Hosting of different exhibitions around any type of art;

– Movie nights being hosted in collaboration with Genappe cultural centre;

– Board games afternoons on Wednesdays

In overall, the Monty hosts more or less one to two public events every week, and is involved in quite ambitious events needing a lot of preparation beforehand.

Discover Le Monty with this video made by the volunteers

In addition to this, the hosting organization is supported by the Association des Compagnons Bâtisseurs, aka CBB located in Marche-en-Famenne. CBB is a non-profit, non-political youth organisation recognized and financially supported by the Wallonia-Brussels Federation. The organisation proposes different kinds of activities, based on volunteering and non-formal education: local and international workcamps, medium and long term voluntary services (including ESC), and leisure time activities for and with disabled people, campleaders trainings…CBB is active within the different European Programmes of volunteering and non-formal education since 1997 and also hosts ESC volunteers each year.

CBB’s role as support organization is to:

The three volunteers will have the opportunity to participate in all our activities. According to their wishes and competencies, they will be working together and/or separately. We also hope that the volunteers involved will learn and appreciate the “mix of genres”, as our projects are very different from one another, aiming at different target groups, organised by different people…

First weeks will primarily consist in discovering the different activities in which the volunteers can get involved. 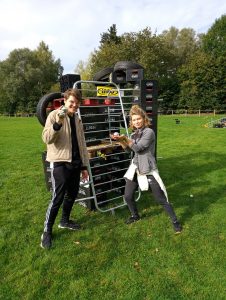 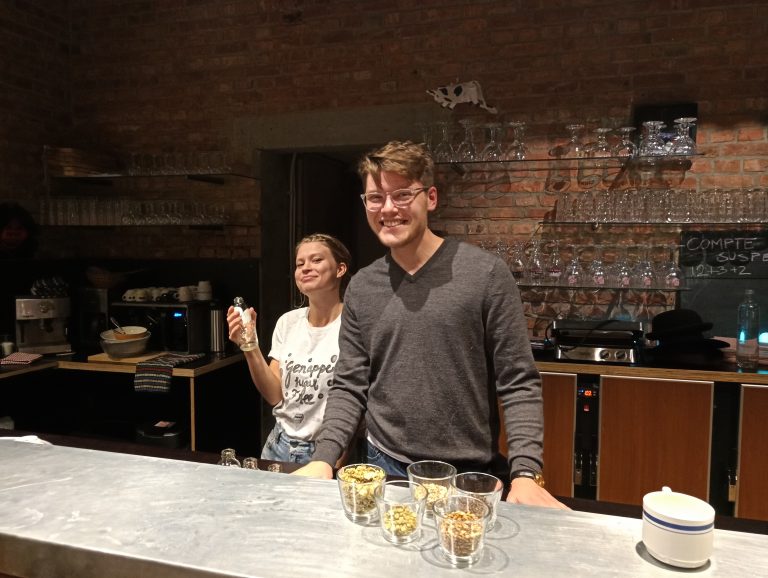 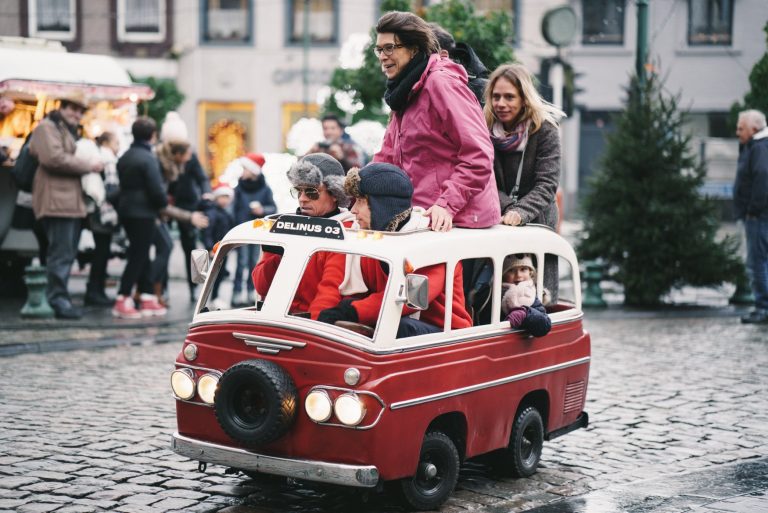 With “NESPA secondary school” (one day/week):

Participating  class either by working with students on scenario or costume/ decoration in order to support the link between the school and the theatre, and possiblw in the preparation of the end-of-year show, as a result of the collaboration between NESPA and Le Monty.

According to your skills and interests, there are a wide range of tasks that you could take over, such as:

1. Support in communication for the website, social networks and major events (open doors, exchanges with other Freinet schools, support to edit the school paper publication etc.)

2. Help during thematic round tables of discussion in English and during didactic workshops (ex. of this year: gardening, wood lathe, music, computer literacy …)

3. Partcipate in art, drama or langauge classes, help out in the library or support the staff during excursions.

The volunteers will be active in the following activities:

With “Genappe in transition” : 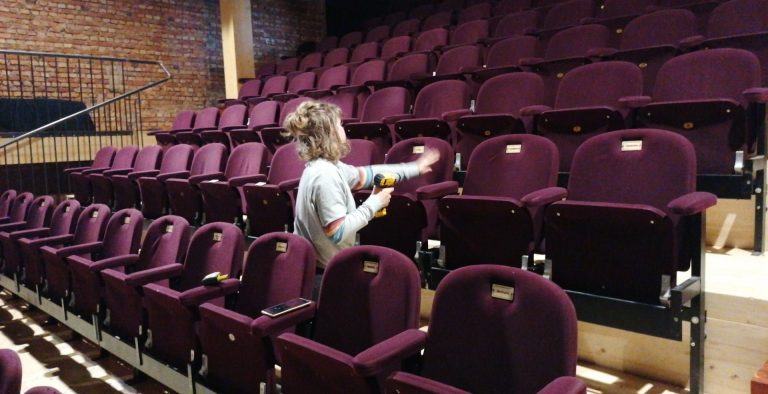 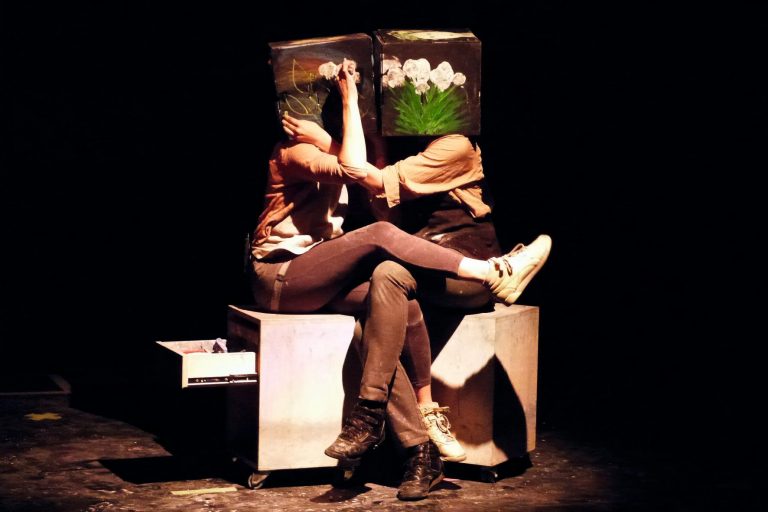 Volunteer gatherings and activities will be planned in order for the European Solidarity Corps to gain visibility and encourage the cooperation between local associations through cultural events.

The volunteers will live together in the city of Genappe. They will have a private room in a fully-equipped shared apartment right above the The Monty.

“Le Monty” is located in Genappe town centre, a town of 15 000 inhabitants in the Belgian province of Brabant Wallon. The town has its own cultural centre, a library, a youth centre, a swimming pool opened during the summer, a quite wide range of options in sports, arts (there is an academy proposing dance, music and theatre) and culture. A lot of events are organised by the many organisations active within Genappe and its surroundings. Supermarkets and several shops are available in the town centre. Nevertheless, Genappe has no train station on its own, though buses are leaving every 30 minutes for the nearest one at Braine L’alleud, Nivelles and Ottignies, slightly bigger towns. From these stations, cities such as Namur, Charleroi or Brussels are less than an hour away. 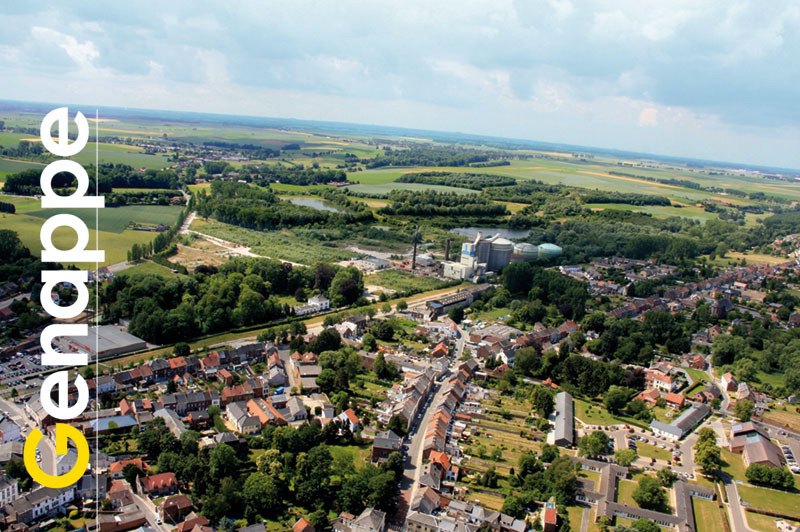 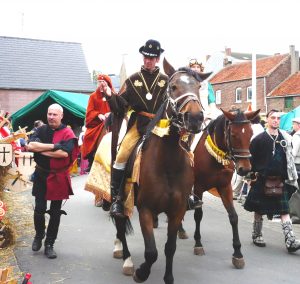 Being the biggest municipality in the Brabant Wallon, Genappe is at the crossroad of many places of historical importance such as Waterloo; Villers-la-Ville where the impressive ruins of the old Abbey can be admired; Nivelles with its collegiate church or Louvain-la-Neuve and its “new town”.

Genappe and its eight villages offer amazing places, several castles and other landmarks, testimonies of a rich past History where the presence of famous personages such as Godefroid of Bouillon, Louis XI or Napoleon is still perceptible.

Despite what was above mentioned, Genappe is still located in a semi rural area, where more than 80% of its territory is covered by field and some woods. In the countryside surrounding Genappe, several delineated walls, farms, craftspeople, local groceries can welcome you in order to make you try the local delicacies.

This project is therefore very suitable for volunteers who are not attracted by a very lively nightlife, but mostly by quiet evenings and outdoor activities during the week-end.

Squeezed between the Netherlands, Germany, Luxemburg and France, Belgium is one of Europe’s tiddlers.
The north is flat, the south dominated by the picturesque Ardennes and the 65km North Sea coastline monopolized by resorts, except for a few patches of windswept dunes. The 4 seasons are well divided, cold (and not so white anymore) winter and warm and sunny summer… But be ready to grey sky and rain at least haf of the year.

But the belgian population is usually warm. A lot of cultural and free EVENTS in the streets are happening throughout the year, which will make your journey in this little country funny and ressourcefull.

This project will be taking place in the south of the country which is french speaking. Be therefore ready to learn and speak french! Especially in this project involving kids.

Working hours will be mostly from Tuesday until Saturday including some evenings. 5 days per week will be worked on average/ Days off will compensate for the extra shift hours if necessary to keep an average of 35 hours a week. Volunteers are entitle to two days off per month of project to be taken in agreement with the hosting organisation.

All participants in cross-border activities are covered, throughout the activity period, by the European Solidarity Corps insurance plan set up by the European Commission. This coverage is only complementary to the mandatory coverage of the European Health Insurance Card (EHIC), which must be obtained prior to departure.

In certain cases, when national rules deprive participants from coverage under EHIC for the duration of the placement, CIGNA will provide full coverage.

Be aware that this insurance doesn’t provide cover for loss or theft, so please insure your own cover if you feel it is needed.

OLS + French lesson: an online language course is provided as part of the project support from the Commission allocated on the basis of a level test to complete before the activity starts. The volunteers can also receive French classes by one volunteer of Le Monty

The volunteer will receive a budget and will take care of the meals by her/himself.

Participation in the European Solidarity Corps is free of charge for the participant, except for exceptional contribution to travel costs. The volunteer will receive free board and lodging during the whole activity. In addition, she/he will receive a small allowance (pocket money) for personal expenses throughout the duration of the activity, including holidays.

Profile of the volunteer

Halyna - an ukrainian in Belgium

1. In the frame of the new program of the European Commission, the European Solidarity Corps, you first need to create a profile on the new data base: https://europa.eu/youth/solidarity_en (“JOIN THE CORPS”).

3. Answer the questionnaire below (NB: you will be asked to attach a CV at the end of the form)

4. (optional) if you’re feeling creative, please feel free to send us any addtional material related to your application: esc@compagnonsbatisseurs.be

The application through the ESC portal and fulfilling the form are compulsory for us to take your application into consideration.

In the days following the 29th June 23:59, the pre-selected volunteers will be contacted for a Zoom meeting.